For this project, we had to follow a tutorial and make a photo design using photoshop. I chose to do the black a white picture and I used the black and white adjustment to make it black and white. Then I went over the entire background once with the burn tool, to make the background stand out a little more. I also went over my lips and my eyes to make them bolder as well. Lastly with the burn tool I went over the roots of my hair to add a darker look to them. I also used the paintbrush to make some areas a little darker than others by using black. And last of all I used the desaturate tool to make whole photo black and white at the very beginning.

In this process, I learned how to better use each of the tools I used to design this. I learned that history only goes back so far on the tool bar! (I think). I also learned that to use the paintbrush and stuff you have to be very presise to make sure you don’t mess up!

For this project, I had to take four pictures. The first picture had to be a portrait photo of a person in the lighting studio doing the jawline and the sqiunch. The second photo I had to take was taking a picture of any product and then taking a product photo very close up. Lastly, I had to take a outside picture with and without the reflector and see just how well the picture turned out. 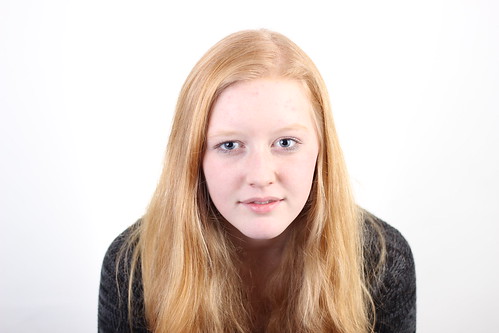 In this photo, we used the studio with lights and a white background so thats lots of lighting would be there and only the person would be the focal point without any type of distracting background. 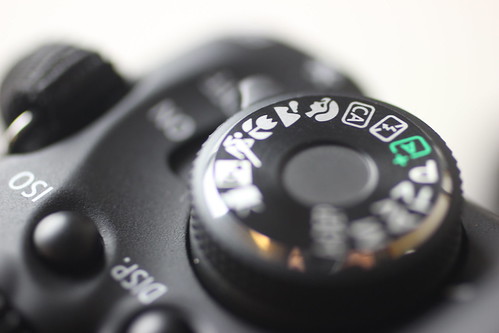 I used a zoom lens to capture this photo. I decided to take a picture of another camera with one part blurred out and one part that wasn’t. I think it turned out pretty good and the lighting in the studio was very bright.

Outside Photo with Reflector: 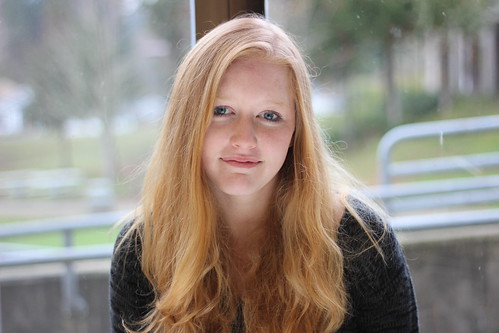 Outside Photo WITHOUT reflector: 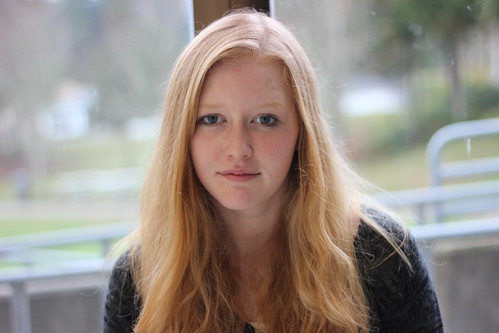 In this project I learned that light really matters when you are taking a photo. Not a lot of light can look good, and an excessive amount of light can look good, and so can a perfect amount of light, it just depends on what you want your photo to look like and how it affects the picture. As I mentioned before, my picture was a little bit too bright because I already had a lot of natural light coming in because we decided to shoot it front of the window. So if we had changed locations the picture might have looked a bit better. But the picture did show how the reflector affects the picture.

This is a picture I found on http://designyoutrust.com/2014/07/the-most-unique-self-portraits-youll-ever-see/ . It shows a self portrait of a man reaching out his hand to another 2D hand so it appears that the hands are “drawing” eachother. What I love about this is how creative the photographer was and how he used different skills other than photography to achieve his photo.

This self portrait is like a selfie, taken by the photographer herself. She must of been pretty brave to lie down on the street of Paris where many people were bustling about.

Why Use The Studio?

Floor based compared to Ceiling based

Must be able to have control of the light in the studio, different studio lightings you can use include these things.

This is the website I used to find this information.

Welcome to your brand new blog!

This is a sidebar and can be changed in Widgets in your dashboard.

You can also modify number of sidebars in theme options!